Get the latest information and details on upcoming events sent straight to your inbox. Just a click away!

In the dawn of the 20th century, signs literally pointed the way for quickly growing number of car owners to the forerunner of the modern gas station. America was jumping on this self-propelling buggy they called automobile to the delight of car manufacturers and oil and gas companies.

Before fuel advertisements swung into full force, gasoline companies like Gulf, Polly, Esso, Shell, and others made use of signs to direct motorist to their supposedly superior products. They reassured commuters as well. During the time when filling and service stations were still a rarity, seeing a sign pointing to the next filling station after many miles of country driving brought a veritable sigh of relief to the weary driver.

Signs, brands, and trademarks, of course, became an industry of its own long before the first filling stations. Brand names, trademarks, and the promise of in-demand consumer products were carved onto wood, stone, marble, and later on paper and packaging.

Eventually, industry leaders would brought more robust and durable materials into production. The production of the classic one-signed plate or placard thus began. These earliest signs were often convex, and letters or designs were slightly raised, especially on the lithographed tin. These signs came in all shapes and sizes, though the most common are also those that endure down to this day: circles, squares, and rectangles. And with the rise of car ownership, signs would eventually change the face and color of cities and towns.

Interestingly, the idea of a sign supported by a stand or pole was particular to the US. They would then be placed in strategic spaces around a gas station to attract customers further.

In the 19-teens, signs on the lithographed tin, screen-printed sheet steel, or the more durable baked enamel became the symbol of American Oil, Gas, and Petroleum consumerism and competition. Signs would eventually become more forward, distinct, and striking (pin-up welcome) to better attract motorists and beat rivals. It is also for this reason why vintage signs are a particular favorite among petroliana and automobilia collectors.  Signs were witty, always appealing, and back then, surprisingly specific. Whereas now we have signs that only say “Get gas,” signs back then might read “Trust your car to the man who wears the star – Texaco.” Gas companies, the more unique and distinct it was, the better

As gas stations in the country increased in number, the demand for signs grew exponentially. Companies like the Burdick Enamel Sign Company would also make a name for themselves. Established Chicago, IL. in ’85, the company rose to fame producing signs for a variety of companies and industries nationwide. For vintage sign collectors, the Burdick Enamel Sign Company is synonymous to the pump shield or pump plate. These signs, often emblazoned with a brand were attached to gas pumps to make them more attractive and to protect from dings and scratches.

Collectors would typically hunt for pump shields to either complete their pump and globe set or as a set of places of similar brands. Major brands such as Standard Oil, Union 76, Pennzoil, and Valvoline have large followings and are the most common plates and signs you’ll encounter. However, the signs collectors are really out to find are from smaller regional brands, which makes them extremely rare. Polly branded signs, for example, are one of a kind and very expensive.

In the years following World War II, the production and use of signs saw a decline. Many tin and enamel signs were melted down to support the war effort. If used at all, signs became more straightforward and less specific to prolong their relevance and reduce costs. Metal and steel supports would then be replaced by plastic while baked enamel would be abandoned in favor of hard plastic, sheet steel, and synthetics. 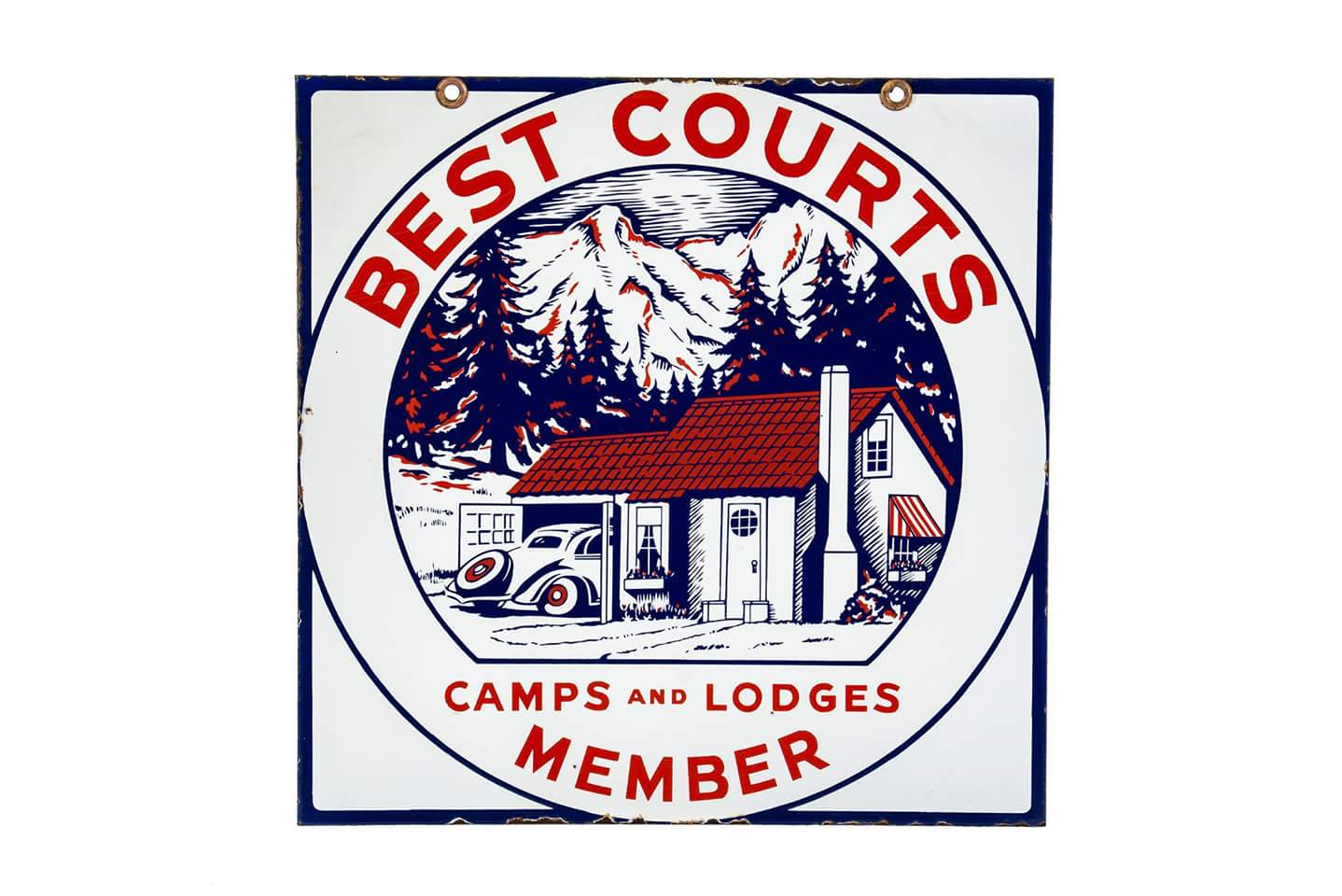 Porcelain signs were made in a wide variety of shapes, sizes, and colors. These signs were very durable due to their baked porcelain enamel finish. The primary use for these signs was advertising outdoors. Many of these signs were graphic like this Best Courts Camps and Lodges Member sign.

Much like today, branding was a very important marketing tool for early gas stations. Companies like the Johnson Oil and Refining Company of Chicago promoted their business mainly with the use of gas station signs. These signs were in high traffic areas as well as all around their gas stations to help them become more of a household name. Many of these gas station signs were porcelain and relatively large so they could easily be seen like this 48" Johnson Gasolene sign. 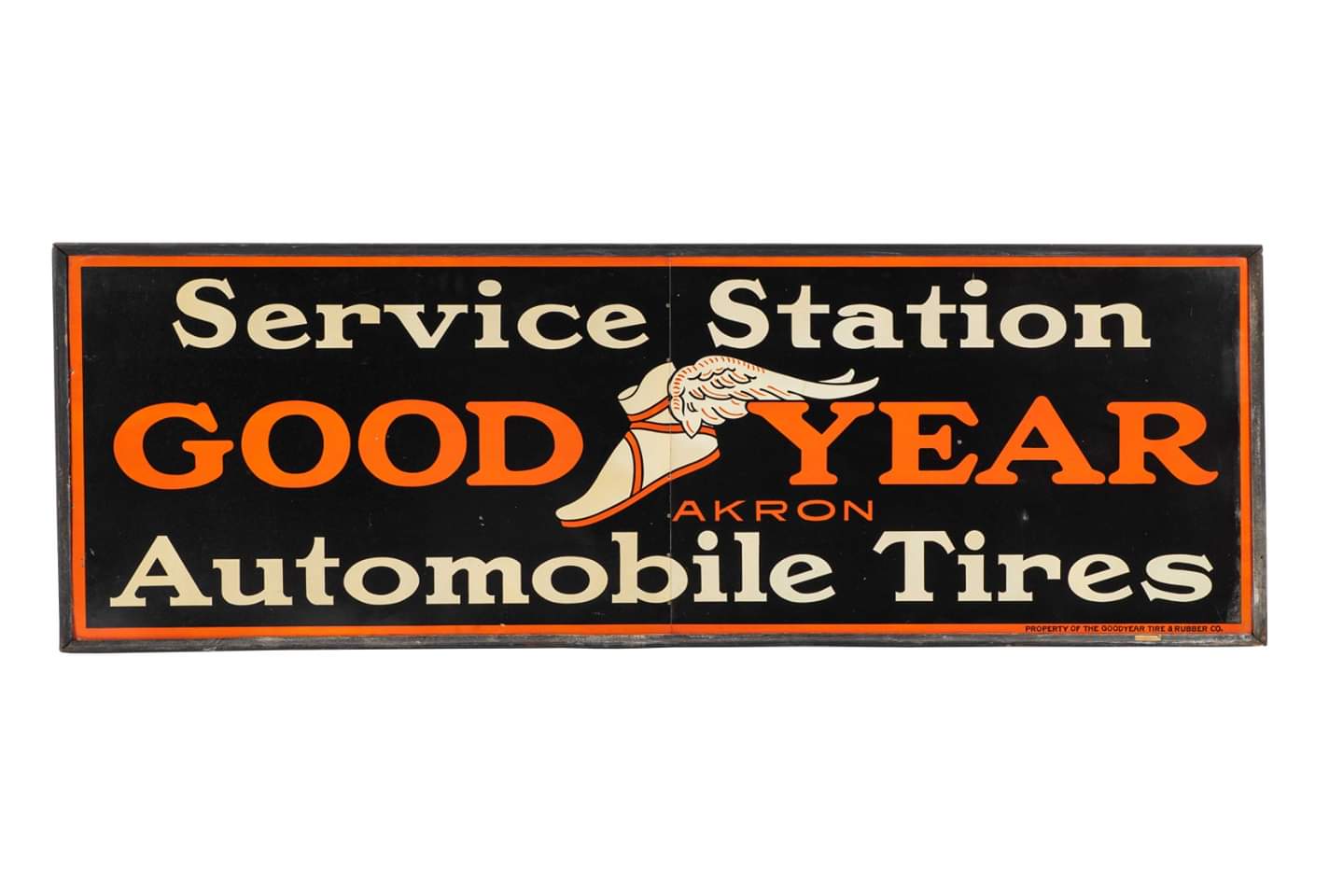 One of the most popular materials sign makers used was a thin piece of metal which was painted and is commonly referred to as the "tin sign". These signs came in a variety of styles such as flanged, embossed, and even punched. Many of these early signs were extremely graphic and some were even painted with smaltz or reflective paints. This type of sign was not as durable as the porcelain signs and not as many survived being exposed to the elements. 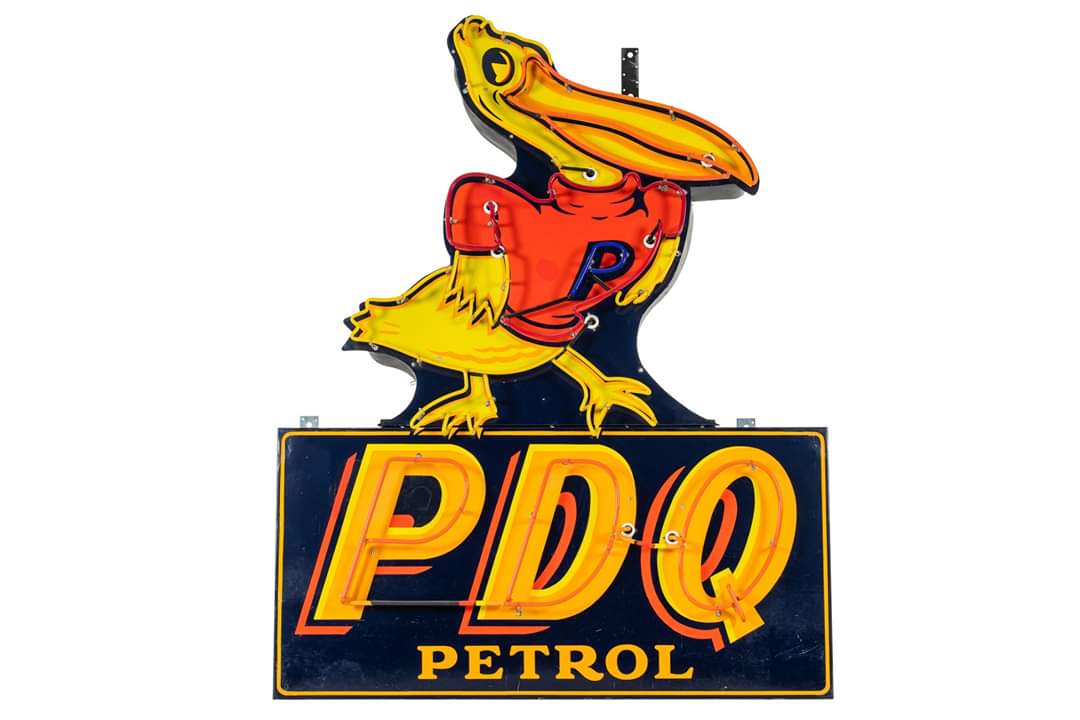 With the growing demand for fuel throughout the country there were many oil and refining companies that surfaced. Some of these companies were national brands but many were small regional companies like Petrol Corp., Los Angels, California. Many of these smaller brands had very few stations so the advertising for these companies is scarce. This PDQ Petrol neon sign is one of only a few known and is one of the most desirable neon signs in the petroliana genre. 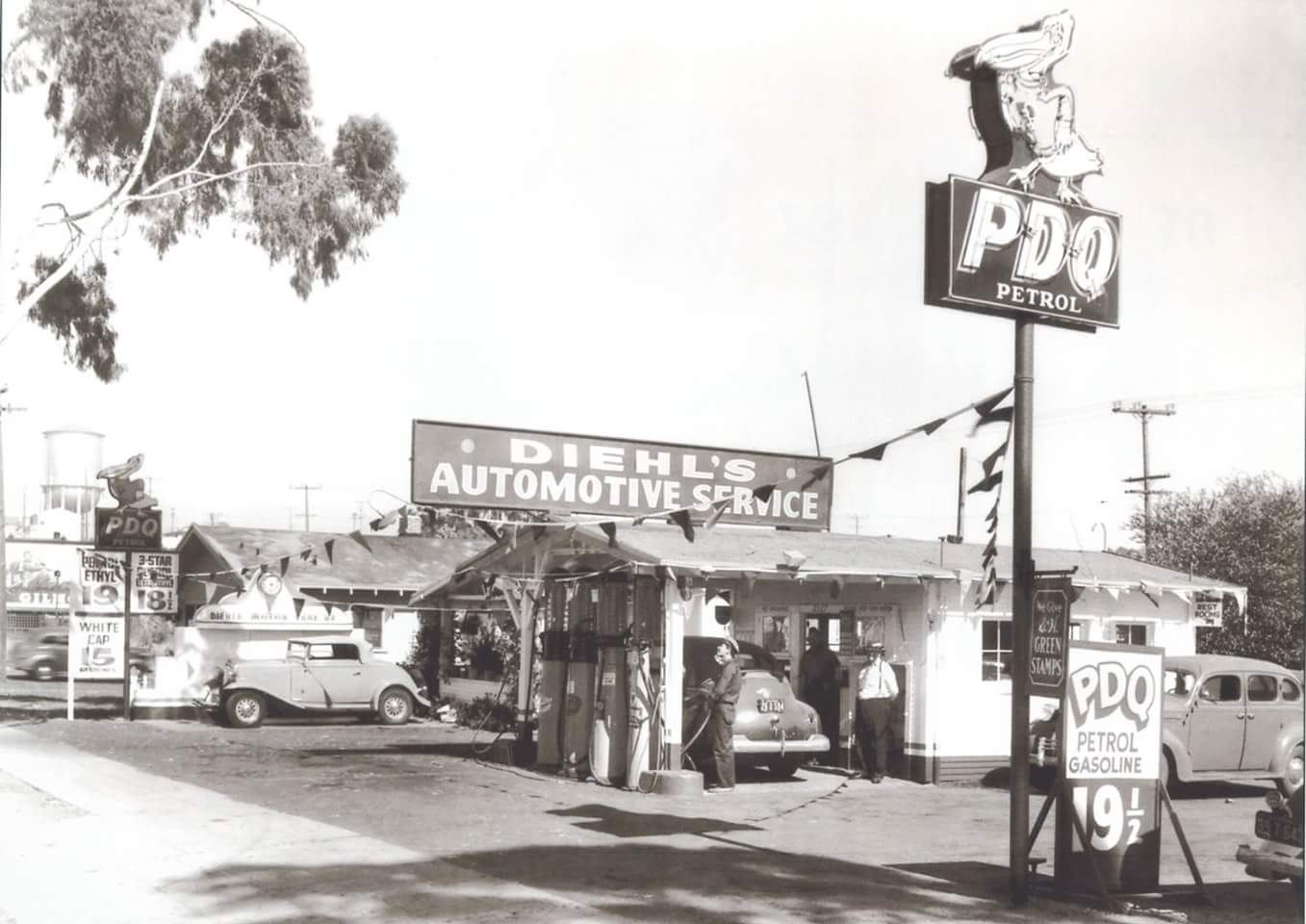 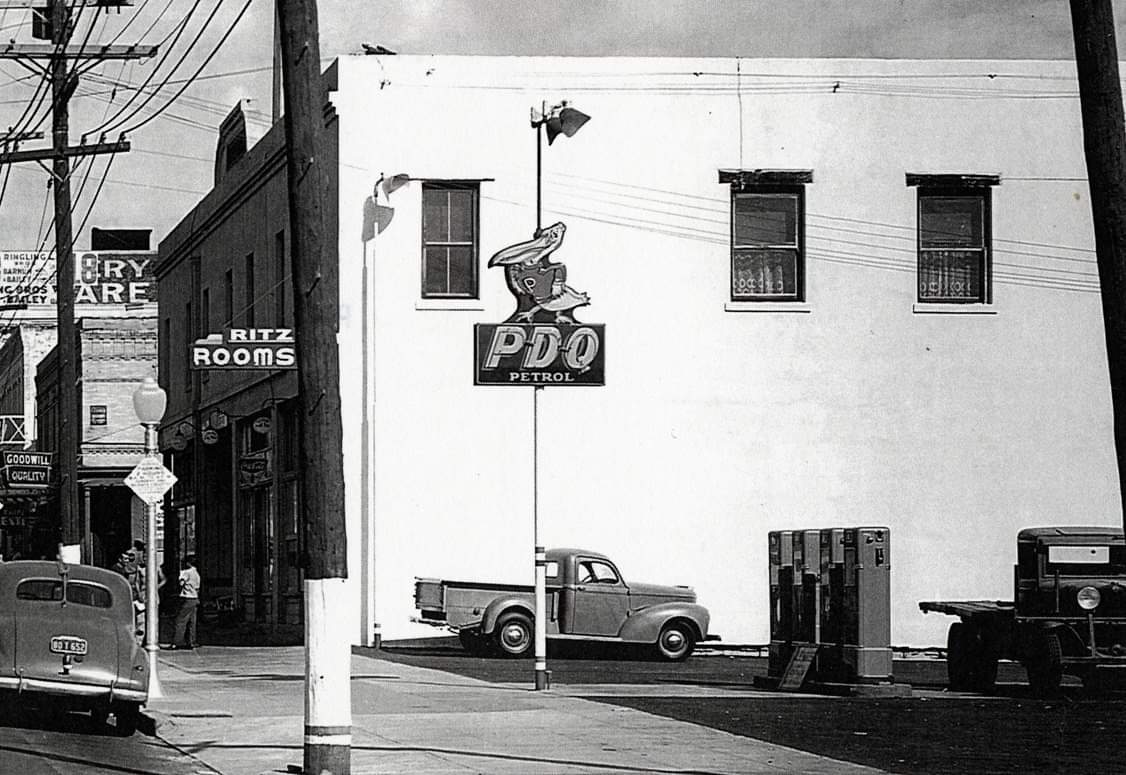 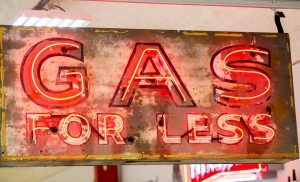 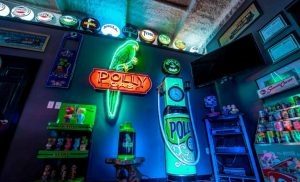 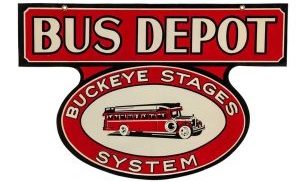 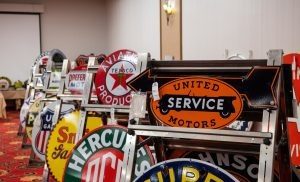 What to Look for when Building Your Vintage Sign Collection

As you begin or continue your hunt for that rare antique sign or a piece that would complete your Union 76 collection, you’ll want to consider the following factors:

The main factor you’ll have to consider on the state of a vintage sign is restoration. Specifically, how much or how little restoration would be needed. Damage and wear on an enamel sign would be easier to fix, provided that the porcelain itself is not badly damaged. On the other hand, Tin signs could be deformed or carry rust.

As mentioned above, vintage signs carrying the big brand of the era are the most common. However, their prevalence does not necessarily decrease their value. It would, though, make it easier for a collector to build his collection around a specific major brand. On the other hand, if rarity and scarcity are what you’re looking for, then smaller, less popular, regional brands (like Polly or Sinclair) should be your target.

When it comes to vintage signs, size matters. You’ll find that the bigger the sign, the more coveted and more valuable it will be.  If you’re aiming for a giant antique sign, you might need to bring the truck. Although gas station signs have become ubiquitous today, signs used to be a source of color, wonder, and excitement during the infancy of the automobile. For quiet routes and backwater towns, signs also meant business and trade. Today, antique and vintage signs like the ones here at Route 32 Auctions bring a welcome helping of nostalgia and Americana to any yard, den, or showroom. 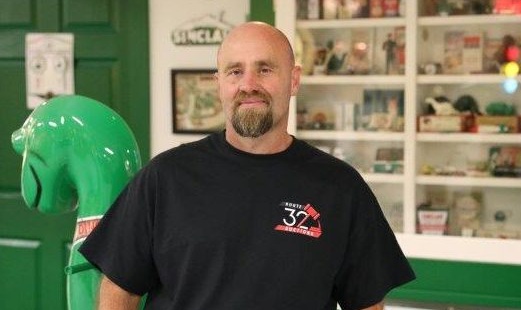 Have something you would love to see restored to its original glory? 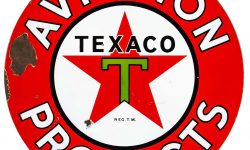 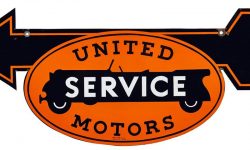 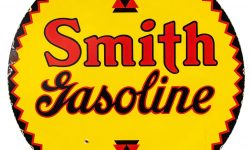 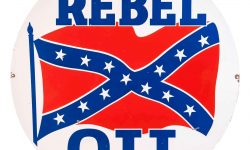 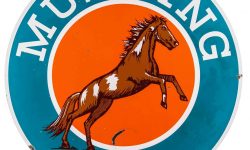 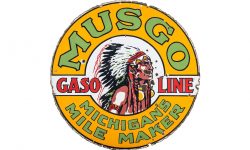 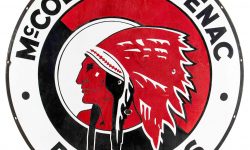 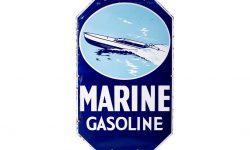 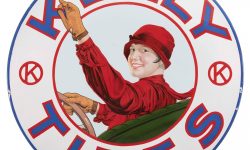 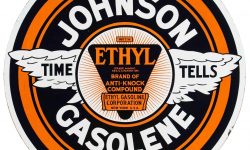 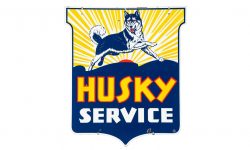 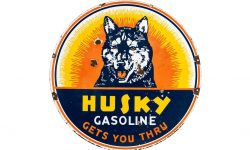 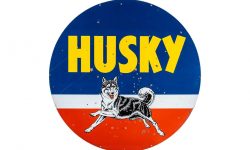 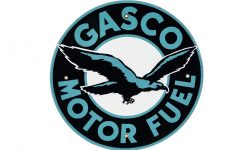 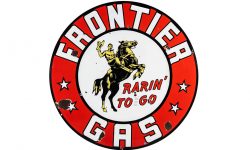 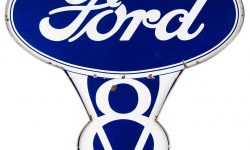 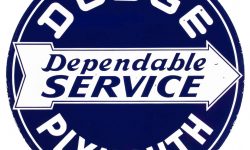 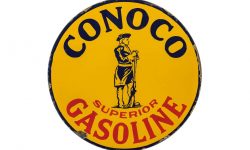 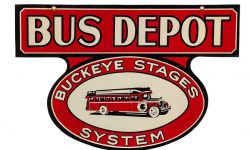 Get the latest information and details on upcoming events sent straight to your inbox. Just a click away!